In this blog post you will find that I have made a video showing what a normal 24 hour day of mine consists of. This project consisted of many major steps, first I had document what I do in a 24 hour day, hour by hour. Then, I had to write a script of what I was going to say in my video to explain how I spend my time. After I recorded myself reading my script, I put it into GarageBand to edit out the goobers. Next, I had to make a pie chart as a visual for you all, so that you could visually see how much time I spend doing certain things. After that, I had to make a story board, mapping out what my video would exactly look like. Once I was finished with that, I gathered and took photos to put in my video to specifically show you what I was doing at certain times in my day. After all of that was finished, I began making my video in iMovie for all of you to see. Below, you will see a more in depth description of some of the steps I took to make this short video giving you a look into my life. I hope you enjoy watching! 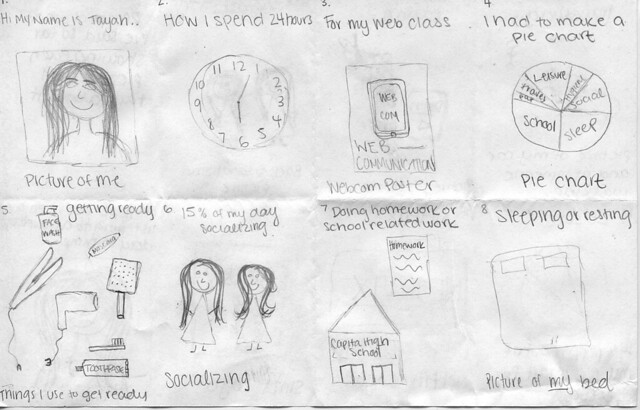 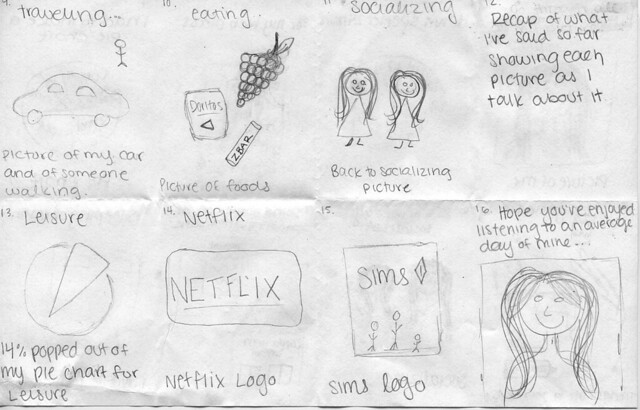 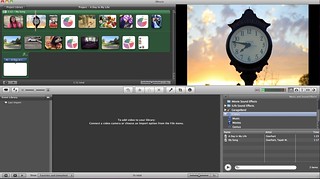 Throughout the many steps in this process of making a video, I had some challenges. One challenge I faced was not knowing how to embed a photo from Flickr to my blog. After many failed attempts of copying and pasting the link,  I was pretty frustrated so I went to Nick Chadwell for help. I asked him to show me how to embed a photo into my blog, and he knew exactly how. Although some of these steps were challenging, I learned quite a few new things. To name a few, I learned how to edit a track in GarageBand. I did not know how to cut out certain parts of a song, and drag the remaining parts together so that the sound would still flow nicely. I also learned how to make a pie chart in Illustrator which I found to be a lot of fun. I used a great tutorial to make my pie chart which can be found here. Not only did I learn how to make a pie chart, I learned how to split the pie into pieces to emphasize certain parts of the pie chart that I may want to talk about. The skills I learned in GarageBand and Adobe Illustrator during this project will certainly help me in the future.

Welcome to your brand new blog!

This is a sidebar and can be changed by going to Appearance > Widgets in your dashboard.